In 1968, Henry Callope from Normanton worked on the construction of the red brick stack at the mine that towers over Mount Isa. Forty-eight years later, Henry returned to Mount Isa with his wide Gladys to undergo eye surgery that has greatly improved his vision and is making a big difference to his life.

When we first approached Henry and Gladys Callope to feature in a video documentary we were making about the Outreach eye surgery initiative, they were a little apprehensive. But by the end of the four days we spent with them in Mount Isa, Gladys summed up how they now felt about all the attention by stating with a wide grin, "It's about time we were famous!"

Henry and Gladys have lived in Normanton for most of their lives, raised seven children, and are well known and much loved in their local community. Henry worked as a stockman for most of his adult life and both Henry and Gladys were interviewed by the Australian Stockman's Hall of Fame, as part of the Indigenous Heritage Project.

On this trip to Mount Isa it was Henry having eye surgery with the removal of a pterygium, a fleshy overgrowth of the conjunctiva, which is the thin clear membrane on the surface of the eye. If untreated, a pterygium may grow across the cornea (the transparent ‘window’ that covers the pupil and iris) affecting vision and becoming more obvious.

Four years earlier, Gladys made the trip to Mount Isa to have cataract surgery so she knew that Henry would have some discomfort following the surgery but that the results would certainly be worth it. Henry and Gladys were also pleased that so many patients were having surgery at the same time, as the supportive environment made the whole process much less daunting for all involved.

"I had no support besides Henry when I had my eyes done. I feel really good coming to Mount Isa because I've had my eyes done, and I'm able to let the other patients know what it's like. It will be sore for a while, and it feels like there's gravel in it, but don't take any notice of that because it improves quickly. I never, ever had any trouble following my surgery and it's made a big difference to my sight". 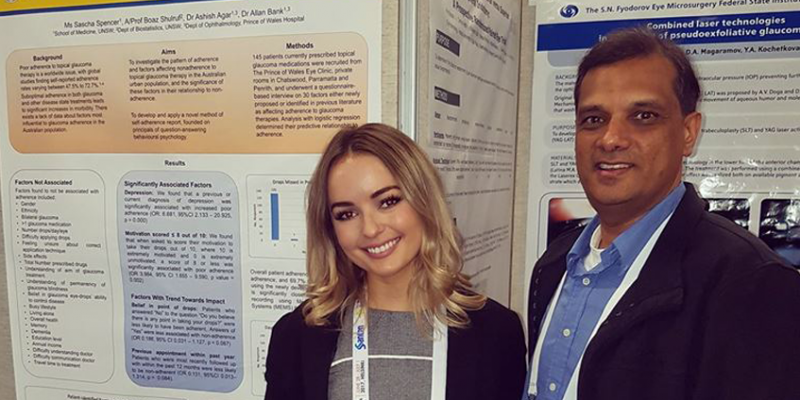