The centrepiece for rural health in the 2018/19 Federal Budget, announced in May, is a new Stronger Rural Health Strategy

The Minister for Rural Health, Senator Bridget McKenzie has called it “the most comprehensive rural health package in decades” and says it will provide 3,000 more specialist GPs and 3,000 more nurses to rural areas.

However, the Government has not provided information on what proportion of the $550 million allocated over ten years for the Stronger Rural Health Strategy is new funding, nor what is being defunded to pay for new programs.

Most of the money and focus is on rural general practice, for training and retention of doctors, and support for practices to employ extra nurses and allied health workers.

The National Rural Health Alliance welcomes emphasis on end to end training being made available in rural and remote Australia. This will take time and co-ordination between universities, state and territory health departments and the Australian Government, and we look forward to a new system emerging that allows students and postgraduates to stay in country areas throughout their medical, nursing and allied health training.

The Alliance also welcomes the Government’s commitment to developing a new planning tool, the Health Demand and Supply Utilisation Patterns Planning (HeaDS UPP) Tool, which will bring together data on health workforce and services. This will better inform workforce analysis and planning, as well as policy and program development.

Despite the poor 2018 Closing the Gap report there is very little new money for Aboriginal and Torres Strait Islander health. In last year’s Federal Budget, $3.6 billion a year announced. This has increased to $3.9 billion a year in this year’s Budget; about half of the increase being due to CPI indexing.

There is $105.7 million in new funding for culturally safe aged care in remote communities; an extra $34.8 million for the new Medicare Benefits Schedule item for dialysis in very remote areas; and $3 million in new funding for Indigenous eye health. $600,000 is earmarked for the Northern Territory Government for housing to accommodate renal patients and their families.

Treatment services run by Aboriginal organisations for Aboriginal and Torres Strait Islander people affected by alcohol and other drug use issues have been waiting to hear the outcomes of decisions about their funding since January. The Alliance understands that in recent weeks a number of these services, which are funded by the Department of Prime Minister and Cabinet under the Indigenous Advancement Strategy, have been informed by the Department that they have lost core and/or project funding or that funding has been granted for shorter periods than expected.

The South Australian Drug and Alcohol Council (ADAC) is one of the organisations affected. It has been told it will received no further Federal funding from 1 January 2019. ADAC has been operating for 25 years and is the largest provider of alcohol and other drugs services for Aboriginal people in the State.

ADAC CEO Scott Wilson said, “We cannot believe that the Federal Government is intending to close the Aboriginal Drug and Alcohol Council. The impact would be massive. ADAC runs a wide range of services across the State including doing all the payroll and purchasing [for over 30 Indigenous community controlled member organisations across South Australia.]… We have so many clients in crisis who need our help.”

The Labor opposition has announced $2.8 billion for its Better Hospitals Fund to address public hospital waiting lists, with details to be discussed with the states and territories and announced before the next election. There were no rural health specific pledges.

Read the Alliance’s Position Paper on the 2018-19 Budget here: http://ruralhealth.org.au/document/position-paper-budget-2018-19 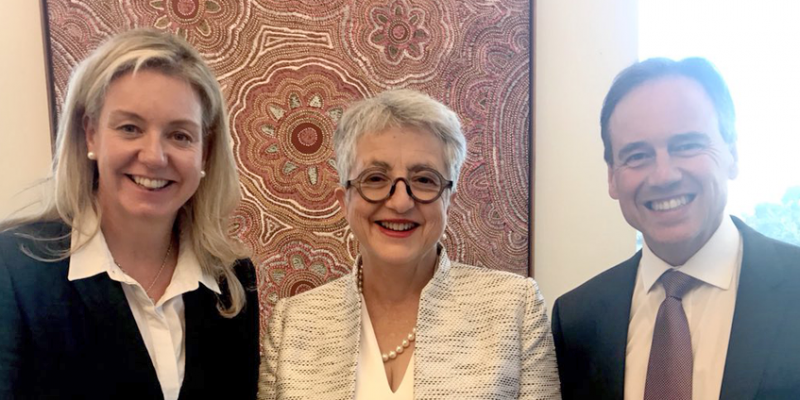